Bitcoin Explained: How Does It Work and How to Get This Cryptocurrency? 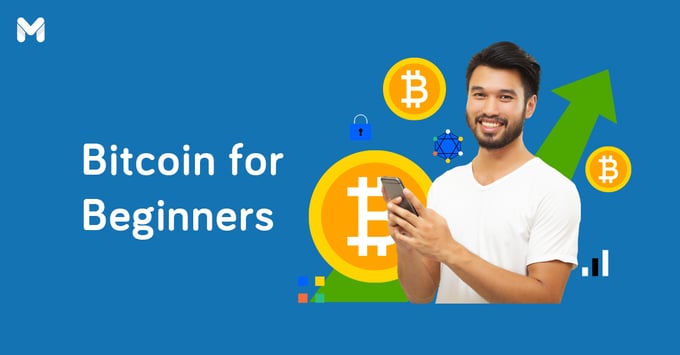 You’ve probably heard about Bitcoin, and you’re curious to know: how do Bitcoins work? Well, you’re not alone. Bitcoin’s the world’s most popular cryptocurrency, and it’s garnering attraction because of its increase in value.

In 2010, Bitcoin was worth less than $1. And even if you only had 100 Bitcoins back then and didn’t sell them, you’ll already be a millionaire today. So before you get excited about owning Bitcoin, let’s take a closer look at how Bitcoin works and if it’s the right investment for you.

Bitcoin[1] is a cryptocurrency and payment system created by Satoshi Nakamoto. Every transaction is verified using network nodes through cryptography and each one is recorded in the distributed public ledger called the blockchain.

In 2009, Bitcoin started an open-source project. Its anonymous creator proposed an electronic payment system based on mathematical proof. He wanted to produce an independent currency that doesn’t rely on any central authority and can be transferred electronically faster, and with lower fees.

Unlike traditional currency, Bitcoin isn’t regulated by a central authority such as a bank or government. Instead, it relies on a peer-to-peer network to process transactions.

Bitcoin is also unique in that it’s completely decentralized, meaning that there’s no single point of control. This makes it resistant to fraud and censorship. Although it’s still relatively new as a mode of payment and money transfers, Bitcoin has already gained a significant following among consumers and businesses.

How Do Bitcoins Work?

Now that you know what Bitcoin is, how do Bitcoins work? As a decentralized digital currency, it means it doesn’t have a central bank or single administrator. You can transfer Bitcoin from one user to another on the peer-to-peer Bitcoin network without the need for intermediaries.

If you transfer Bitcoin to another person, you remain anonymous. But the transaction is forever recorded in the public ledger called blockchain. Bitcoin is unique in that there are a finite number of them: 21 million. It’s created as a reward for a process known as mining.

Bitcoin miners use special software[2] to solve math problems and are issued (or rewarded) a certain number of Bitcoins in return. The process of mining requires powerful computers that can handle intensive mathematical calculations. In return for their services, miners are awarded newly generated Bitcoins as well as transaction fees paid by other users. This provides a way to ensure that everyone can participate in the network, and also helps to keep the system secure and trustworthy.

How Do You Get Bitcoins?

Now that you know how Bitcoins work, the next thing to find out is how you can get Bitcoin. It turns out that there are a few ways to get Bitcoin. Here are the most common:

Buy Bitcoin on an Exchange

Exchanges are websites that allow you to buy, sell, or trade cryptocurrencies. There are plenty of exchanges out there, like Coins.ph, PDAX, Binance, and BloomX where you can directly buy Bitcoin in Philippine currency.

The good thing about this approach is that it’s easy to execute. It’s geared toward crypto investment beginners who simply would like to buy Bitcoin for investment or trading purposes. They can store their coins in the crypto wallets and just wait until their value increases.

You can also create new Bitcoin through mining. Miners are rewarded with cryptocurrency for verifying and committing transactions to the blockchain as we’ve explained earlier. However, aside from being a mathematical whiz, you must also be knowledgeable in choosing the right software to mine.

On top of that, you need to buy high-caliber computers that have excellent computing power to catch up with the mining process. These hardware are expensive, and you also have to consider the electricity consumption. That’s why the best places to mine Bitcoins[4] are places that have the cheapest electricity prices, which the Philippines definitely does not.

While it's still not widely accepted, there are an increasing number of businesses, both online and offline, that accept Bitcoin as payment for goods and services. So, whether you're looking to buy, mine, or earn Bitcoin, there are plenty of options available.

Is Bitcoin a Good Investment?

Bitcoin has been one of the most talked-about financial assets in recent years. Despite its volatility, it has shown promise as a potential store of value and investment instrument.

While there are still many uncertainties about the future of Bitcoin, its underlying blockchain technology is widely seen as having potential applications far beyond cryptocurrency. For these reasons, Bitcoin may be worth considering as part of a diversified investment portfolio.

Of course, there are also risks associated with investing in Bitcoin. Its price is highly volatile, and it remains largely unregulated. As such, investors should approach it with caution

Related reading: Investors, Beware: Common Cryptocurrency Scams and How to Avoid Them

How to Make Money with Bitcoin

Let's say you've been watching Bitcoin for a while and think the price is going to continue to rise. You could buy some Bitcoin, hold onto it, and sell it when the price rises for a profit. You can hold your coins in your cold wallet or hot wallet like Coins.PH and Abra, or even on exchanges.

Mining is also an effective way to make money with Bitcoin. However, in order to be competitive, Bitcoin miners need to invest in expensive hardware and software. And as the price of Bitcoin increases, more people are willing to invest in mining, making it even harder for individual miners to turn a profit.

Another way to make money with Bitcoin is to stake[5] it on exchanges and crypto wallets that offer high interest rates per annum. When you stake your cryptocurrency, you’re essentially locking up your coins in order to support the network. This process helps to secure the network and can also earn you rewards.

In order to stake, you’ll need to have a wallet that supports staking, like TrustWallet. Once you find a supported wallet, you’ll need to deposit your coins into the wallet. And then they’ll start to earn rewards based on the amount that you’ve staked. The more coins that you stake, the higher the rewards will be.

While staking can be a great way to earn passive income, it’s important to remember that you’re also taking on some risk. If the price of Bitcoin goes down, you’ll still need to keep your coins locked up for a set period of time. So do your research and only stake if you want to hold Bitcoin for the long-term.

Bitcoin and other cryptocurrencies are still relatively new, so it’s important to do your own research before investing. Know how Bitcoins work as well as the factors that affect this cryptocurrency. While there’s potential for large returns, there’s also a higher risk associated with digital currencies than with more traditional investments.

Make sure you understand how the technology works, like blockchain, and what can cause prices to rise or fall before you invest your hard-earned money.

Collect These Virtual Cuties: How to Play and Earn in CryptoKitties

New Kids on the Block(Chain): Upcoming NFT Projects You Need to Check Out