Should You Drive in Metro Manila Today? Check This Number Coding Guide First 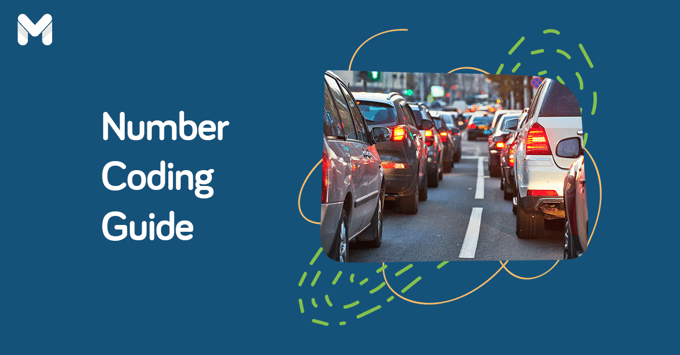 The world is gradually going back to normal. Signs of pre-pandemic normalcy can be seen everywhere: malls teeming with people, cafés full of reuniting friends, and of course, roads that accommodate a lot of cars.

In 2021, the Metro Manila Development Authority (MMDA) brought back the number coding scheme during rush hours. The program is ongoing, meaning motorists should observe it to avoid being apprehended.

Saying that driving around the metro is a herculean task is like saying that the sun is hot. It's impossible to go out without expecting that you'll get stuck in the middle of a sea of cars.

As such, plan your trips wisely. Here's your refresher on number coding in the Philippines.

What is Number Coding in Metro Manila?

Formally known as the Modified Unified Vehicular Volume Reduction Program (UVVRP), the number coding scheme is a traffic management strategy implemented by the MMDA for reducing the number of cars—and ultimately ease congestion—on the road.

The MMDA expects the number coding scheme implementation to reduce traffic volume by 20% during morning and afternoon/evening peak hours.

What are the Number Coding Hours in Metro Manila for 2022?

The latest number coding in Metro Manila is implemented during rush hours in the morning (7 a.m. to 10 a.m.) and afternoon/evening (5 p.m. to 8 p.m.) from Monday to Friday. Holidays and weekends, however, are exempted from the number coding scheme.

The number coding scheme primarily covers private vehicles. The last digit of your vehicle’s plate number will determine the day of the week when you’re not allowed to hit the road.

Check out this table so that you can plan your trip accordingly.

For example, if your license plate number ends in 0, you can't drive your vehicle on Fridays along EDSA and other major roads in Metro Manila where the coding scheme is enforced. Otherwise, you’ll be apprehended, ticketed, and required to pay the penalty fee for UVVRP violation.

Where Does Number Coding Apply in the Philippines?

According to the MMDA, all cities and towns within Metro Manila are covered by the number coding scheme.

However, Makati City is excluded from the program since it has its own traffic code. Makati implements its number coding scheme from 7 a.m. to 7 p.m.

All major roads in cities under the jurisdiction of the MMDA shall follow the number coding scheme. Here are the major thoroughfares that you need to keep in mind:

Important reminder: Each city may have its own traffic rules and number coding ordinances on secondary roads in NCR. Before you drive, we encourage you to check with your local government about your city’s number coding scheme and related traffic rules.

FAQs on Number Coding Scheme in the Philippines

Let's be honest. The number coding scheme in Metro Manila is confusing. So naturally, you're dealing with a lot of questions and concerns right now. This section seeks to answer some of your queries.

1. What is the expanded number coding scheme?

Starting August 15, 2022, the MMDA will implement the expanded number coding scheme[1] in anticipation of the increased vehicle volume in Metro Manila when face-to-face classes resume on August 22.

This means vehicles with license plates ending in a certain number won't be allowed to use the major roads in NCR during both morning and afternoon/evening rush hours from 7 a.m. to 10 a.m. and from 5 p.m. to 8 p.m.

Previously, the coding hours were just in the afternoon to evening, from 5 p.m. to 8 p.m.

2. What will happen when the expanded number coding is implemented?

If you're worried that the MMDA will apprehend and issue tickets to coding violators right away, don't fret.

The first three days of the expanded coding implementation (August 15 to 17, 2022) were just a dry run. During that period, MMDA traffic enforcers only reminded motorists of the expanded number coding scheme.

According to MMDA Acting Chairperson Carlo Dimayuga, the MMDA would start apprehending and issuing number coding violation tickets on the ground and through the non-contact apprehension policy from August 18, 2022 onwards.[1]

3. What is the window hour?

The window hour refers to any time within the seven-hour period when coded vehicles (those covered by number coding on a particular day) are allowed to use public roads.

4. What kinds of vehicles are exempted from the number coding scheme?

According to the MMDA, the vehicles exempted from the number coding scheme include the following:

Important reminder: According to the MMDA, the above list does not apply to Makati City.

5. What is Makati's traffic reduction program?

Makati City is back to its normal coding scheme starting March 16, 2022. This is different from what the rest of Metro Manila is following. In Makati, coded vehicles won't be allowed to be driven around the city from 7 a.m. to 7 p.m.[2] Furthermore, there are no window hours.

The Makati City Government, meanwhile, says that the coding scheme is automatically lifted on holidays.

Also, the only exemptions to Makati's number coding scheme are cars with Senior Citizen Blu Card holders as drivers or passengers and motorists under official functions and medical emergencies (as stated in the Makati Traffic Code). All the previous vehicle coding exemptions are removed.

6. Are medical workers exempted from the number coding scheme?

As of this writing, vehicles transporting medical doctors are now exempted from the number coding scheme,[3] according to the MMDA memorandum issued on May 4, 2022.

If you're a physician traveling along coding-covered areas, you won't be issued a citation ticket, as long as you present your valid and updated PRC ID card to the MMDA officer when you're flagged down for a number coding violation.

Senior citizens can also be exempted from the number coding system as long as they apply for it and their application is approved.

If you're in Makati, however, you'll be observing a different rule. According to the MMDA, exemptions are removed, except for vehicles carrying senior citizens with Blu Card or passengers under official functions and medical emergencies.

8. How do I apply for an exemption from the number coding scheme?

If you’re a senior citizen, medical worker, or individual who owns a vehicle that carries people with special needs or perishable products, you can apply for an exemption from the number coding scheme.

Important reminder: The exemption you’ll apply for will cover the following period: January 1 up to June 30 or July 1 up to December 31 of the current year.

9. Is the truck ban on major roads in Metro Manila still suspended?

However, the truck ban policy is implemented in certain areas:

Violating the total truck ban policy will have you paying a ₱2,000 fine. If you get apprehended three times for truck ban violations, the MMDA will recommend a one-year suspension of your driver's license to the Land Transportation Office (LTO).

10. When is the number coding usually lifted?

Coding days in Metro Manila and nearby cities are usually suspended during public holidays and weekends. Nevertheless, the MMDA also announces the number coding suspensions during calamities (typhoons, volcanic eruptions, etc.). It may even lift number coding during public transport failures, like nationwide transport strikes or temporary closures of MRT/LRT lines.

11. What is the penalty for number coding violations?

In case you get caught violating the number coding scheme, you’ll need to pay a ₱300 fine. You must settle the said penalty within seven days. Otherwise, additional fines may await you, especially during your driver’s license renewal.

If you're wondering how you're supposed to settle the fine for your number coding scheme violation, the MMDA actually has a list of payment channels to choose from, including the following:

How to Survive Number Coding in the Philippines

Truth be told, the number coding system is a hassle for a lot of vehicle owners, especially if they travel long distances from, to, and within the metro. Here are some handy tips that will help you survive coding days.

Metro Manila may be starting to look like its former self. But you have to remember that the coronavirus is still around.

If your car happens to be covered by the number coding scheme, you'll find yourself taking the commute (unless you have another car). Make sure that you have with you the new normal essentials, such as a face mask (plus an extra one), hand sanitizer, and your vaccination card.

As much as possible, observe social distancing, especially when you're queuing at terminals or riding public utility vehicles (if possible).

Since the reimplementation of the number coding scheme targets afternoon and evening hours, you can still use your vehicle in the morning. If you have a trip in the afternoon, leave the house earlier than usual.

Make sure you have a buffer for traffic jams, so you won’t be caught within the targeted times. On the other hand, if you’re leaving in the evening, hit the road a few minutes after 8 p.m.

Since TNVS vehicles are exempted from the number coding scheme, you can simply book your ride. One upside of this option is that you can minimize your contact with the public, thus reducing your chances of getting exposed to the virus.

However, you need to anticipate the competition, especially if you're living in or traveling within central business districts. Allot some time for booking your ride, so you won't be late for your appointments,

Sometimes, joining a carpool makes a much more sensible choice than booking a TNVS ride. You can save money, especially if the owner of the vehicle doesn’t charge that much. You can even join Facebook groups where you can find a car owner who schedules carpools near your location.

If you don't feel like joining strangers, you can ask a family member, your neighbor, a close friend, or a colleague to initiate this. In turn, offer your ride when their vehicle is covered by the number coding scheme.

5. Consider Other Modes of Transportation

There are other options that will take you from point A to point B. If the destination is not that far, why not walk or ride your bike? Your trip will also double as an exercise.

You may also choose to use your e-bike or e-scooter. However, remember that e-bikes and e-scooters are not allowed in major thoroughfares. Using them also requires you to wear protective equipment, such as a helmet.

EDSA and other major roads in the metro are congested once again. It's a telltale sign that things have already started going back to normal. If you're being summoned back to the office, maybe now's the time to review the number coding in the Philippines.

You may think that this is a band-aid solution (which, in a great part, it is), but remembering the rules will spare you the headache and stress due to being caught and fined by the authorities.

Get a Free Car Insurance Quote!

Looking for car insurance? Below is a list of top car insurance companies and their features. Compare your options and get a free quote from Moneymax! 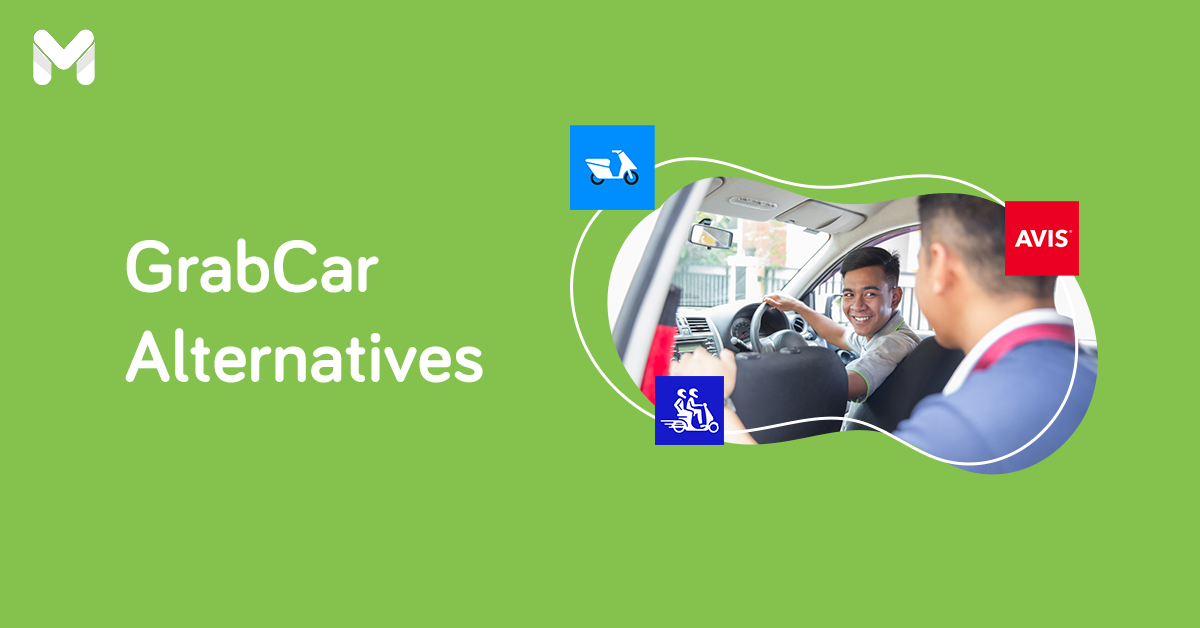