Sangla in the Philippines: Know the Benefits and Risks Before Pawning Valuables Ever noticed that there are more pawnshops than banks outside Metro Manila? In the provinces, especially in far-flung areas, pawnshops can get crowded with long queues.

Planning to borrow money through pawning? Consider the benefits and risks of sangla before you go to a pawnshop. 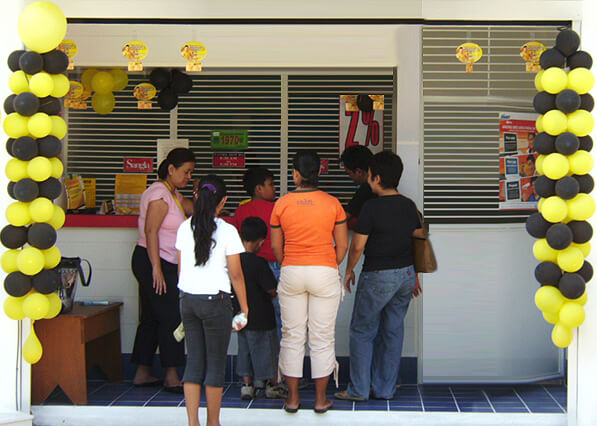 Sangla allows quick access to money when you need it. Filipinos use pawn loans for various purposes, usually to get through Petsa de Peligro, add to the capital for a small business, and financial emergencies in the family.

In fact, the latest Bangko Sentral ng Pilipinas (BSP) national financial inclusion survey notes that pawnshops are among the most well-known and accessible places where people perform financial transactions, including obtaining loans.

Aside from their presence all over the Philippines, pawnshops also have longer operating hours than banks. Online pawnshops and some physical pawnshops (select Cebuana Lhuillier and M Lhuillier Pawnshop branches) serve customers 24/7. Others like Palawan Pawnshop and RD Pawnshop are open seven days a week and even on some holidays.

So when the urgent need for cash arises—even in the wee hours—you can easily pawn a valuable item at the nearest pawnshop.

Read more: Emergency Loans and Other Ways to Borrow Money When You’re Short of Cash

Pawnshops allow their customers to borrow money quickly, unlike government offices and banks that take several weeks to approve loans.

Sangla simply involves presenting your collateral to a pawnshop for appraisal, filling out a form, signing a pawn ticket (also called papel de ahensya) and the plastic-wrapped pawned item, and receiving a copy of the pawn ticket and the cash.

In just a matter of minutes, you can walk away with the money borrowed from a pawnshop.

Credit investigations and background checks are a common practice among banks and government lenders to determine a borrower’s ability to repay a loan.

That isn’t the case with pawnshops. There’s no credit check and approval process. Rather, both parties simply agree on the price and redemption date for the collateral. The loan amount depends not on the borrower’s credit score but on the appraised value of the item being pawned.

Pawnshops don’t bear the risk of a borrower failing to repay the loan, as they can simply sell the collateral and still earn money from doing so.

4. No Effect on Credit History

If you fail to pay back what you owe, it won’t hurt your credit history and credit score. The only consequence is that the pawnshop will get to keep your pawned item.

Pawnshops in the Philippines don’t—and aren’t required to—report their customers’ credit information to the credit bureaus. Only banks, cooperatives, telecommunications companies, and insurance providers are required to do so.

The BSP is the government agency that regulates pawnshops in the Philippines. It implements strict rules among pawnshops to ensure fair, ethical, and legal money lending practices.

If you transact with a pawnshop registered with the BSP, you’re assured that it won’t close down anytime soon and won’t run away with your collateral (or money if you paid an advance interest). The cost of redeeming collateral is high because pawnshops charge high interest rates. For the major pawnshops in the Philippines, monthly loan interest rates are typically at 3% or 4% (See table below). Others charge higher monthly rates at 10%.
The annual interest rates for pawn loans range from 40% to 240%. These are higher than the annual rates of government loans (around 10%) and low-interest personal loans from banks (17% to 30%).

On top of the principal loan and interest, borrowers also have to pay a service charge to the pawnshop. It seems minimal at five pesos or less per transaction, but if you often borrow from a sanglaan, the costs definitely add up.

Read more: How to Get a Personal Loan with Low Interest Rate in the Philippines

If you’ll pawn a valuable item for the first time, manage your expectation—the pawnshop won’t lend you the amount equivalent to the full value of your collateral.

Pawnshops in the Philippines appraise items for pawning at low prices, usually less than half of the actual cost, as this Quartz article notes.

Also, the loan amount can get further slashed if the pawnshop charges an advance interest. This means the full interest, or a percentage of it, will be deducted upfront from the loan proceeds.

When you get a pawn loan, you have only 30 days to pay it back and redeem your collateral. That isn’t a problem if you’re sure you can repay the amount within the time limit. But what if you can’t?

Pawnshops generally allow customers to renew their sangla up to a 90 to 120-day grace period. If you extend your loan term, the cost of borrowing gets more expensive. You’ll keep paying the monthly interest on the loan until it’s fully repaid.

If you still can’t repay within the pawnshop’s grace period, it can keep your pawned item and put it up for auction or sale. It’s a huge loss if your collateral has sentimental value (like a wedding ring or heirloom) or is a high-value asset (like a house, car, or motorcycle).

Even if you don’t default on your pawn loan, there’s a risk that your jewelry or gadget can get damaged while it’s in the possession of the pawnshop.

5. Risk of Getting Scammed

Beware of any type of sangla that asks for your ATM card, bank account details, or ID as collateral. This is a typical feature of a loan shark that preys on Pinoys who desperately need to borrow money through Sangla ATM schemes. Such a scam is dangerous because, with access to your personal and financial information, scammers can easily withdraw all the money and perform other transactions without your knowledge.

Sangla may work for you or work against you. It depends on many factors, like your choice of a pawnshop, how well you manage your payment, and the money borrowed.

Now that you know the pros and cons of sangla, will you do it when you need cash immediately? Or would you rather resort to other ways of borrowing money? Let us know your thoughts!

Venus is an experienced personal finance writer with a background in digital marketing, public relations, and journalism. She’s into stock, VUL, and mutual fund investing. Follow Venus on LinkedIn.

Venus Zoleta
Venus is an experienced personal finance writer with a background in digital marketing, public relations, and journalism. She's into stock, VUL, and mutual fund investing. Follow Venus on LinkedIn.
Prev Next 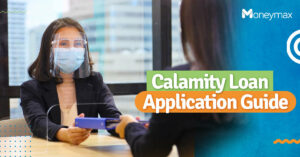 Calamity Loan from SSS and Pag-IBIG: How You Can Avail

After a devastating storm, flood, earthquake, or any natural disaster, the tendency is to get… Study Now, Pay Later: How to Get a Student Loan in the Philippines

Short on cash for tuition this school year? If you can’t get a scholarship or… Everything You Need to Know About Housing Loans in the Philippines

Many Filipinos dream about having their own home. However, buying a house or a property… 5 Ways to Save Your Small Business from a Pandemic

Micro, small, and medium enterprises (MSMEs) are among the hardest-hit sectors during the COVID-19 pandemic. It’s… 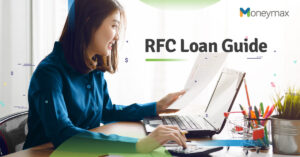 RFC Loan Guide: How to Get a Loan from Radiowealth Finance

Struggling to find a loan that’s easy to get and suitable for your needs? The… Personal Loan Myths in the Philippines You Should Stop Believing

Think everything you hear about personal loans is true? Filipinos have this irrational fear about… Home Improvement Loans: Finding the Best Fit for You

10 Reasons Why Filipinos Trust Moneymax Philippines
10 Advantages of Credit Cards for People Who Are Afraid to Get One
Got Bills to Pay? Here’s Your Guide to Bills Payment Centers in the Philippines
Credit Card Promos for Online Shopping and Dining in 2021 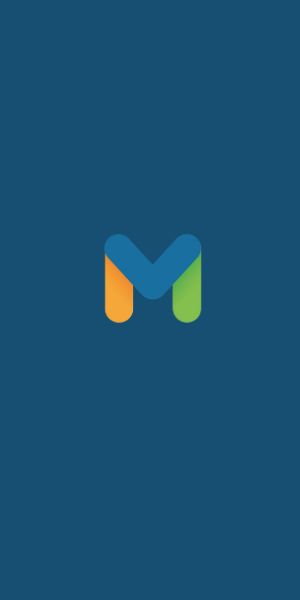