Cryptocurrencies: The Future of Digital Payments As times change, societal norms are changing along with it. Living in the digital era, technology has had an enormous impact on our society. As the use of technology has rapidly expanded its influence over modern societies in the past decade, the practice of digitalization has become increasingly prevalent. While the concept of credit cards was first launched in the mid-1900s, recent technological advances in the payment sector have caused the use of physical cash to decline drastically. The arrival of electronic payment systems such as PayPal, Google Wallet, Apple Pay, Venmo, Paymaya, and Square Cash means that a multitude of millennials don’t even carry cash on their person on an average day. While digital payment systems for flat currency continue to surge, the emergence of a new electronic means of exchange, cryptocurrency, has taken the financial world by storm. Cryptocurrency is a completely decentralized, digital currency that uses blockchain encryption techniques to process transactions and verify the transfer of funds. Although they have been commonly used in the black market since their inception, cryptocurrencies such as Bitcoin and Ethereum present numerous benefits that could make everyday payments more seamless than they already are. A significant factor that differentiates a cryptocurrency from another digital currency is its cryptographic security platform, making it extremely difficult to counterfeit.

Cryptography is used to control transactions, increase the supply, and prevent fraud. That being said, cryptocurrencies gained their name and fame for one main feature: they are not issued by a central authority and are free from the shackles of traditional banks. This allows ordinary citizen to complete a digital transaction with another ordinary citizen without a third-party financial institution facilitating the transaction. The cryptocurrency model boasts being a new financial system designed by the people, for the people.

Although the idea of a direct peer-to-peer electronic cash payment system independent of a financial institution was researched early in the century, it was not until a developer by the pseudonym of Satoshi Nakamoto created Bitcoin in 2009 that the first cryptocurrency was introduced to the common market. Nakamoto believes that although the concept of financial institutions serving as trusted third parties to process transactions works well enough for most transactions, the trust-based model that is used within its platform has inherent weaknesses. Nakamoto proposes the use of an electronic payment system based on cryptographic proof rather than trust, cryptocurrencies such as Bitcoin. How does it work?

Bitcoin exhibits the first successful and widely used cryptocurrency in the digital currency world. One can currently use Bitcoin to purchase beer in Berlin, order pizza in Amsterdam, hire a taxi in Edinburgh, or even schedule a dental cleaning in Slovenia. Although businesses accepting Bitcoin are scarce, the fact that even some companies are taking this step demonstrate that they realize its potential in the digital payment world.

In May 2010, Laszlo Hanyecz, a Florida programmer, completed the first commercial transaction using Bitcoin when he paid 10,000 Bitcoin to purchase two pepperoni pizzas from Papa John’s. Valued roughly around $60 at the time, Hanyecz felt it was sufficient compensation for the two pizzas and labor. However, 10,000 Bitcoin would be worth well over $20 million today. This goes to show the rapid rise of the currency’s value since its conception.

Ethereum, the second leading cryptocurrency behind Bitcoin, is currently on the rise. It runs extremely similarly to Bitcoin, with minor logistical differences. Both Bitcoin and Ethereum can be purchased through various digital wallet platforms, however, the platform Coinbase is the most widely used at the moment. If you feel like you missed out on investing in Bitcoin, Ethereum has yet to get even remotely close to its highest potential. A share of Ethereum was priced around $10 at this time last year and is hovering just above $300 at the moment.

If you are interested in investing in the currency of the future, now is the time. It’s an investment option that has a lot of potential for earnings, though it is ideal that if you want to invest, you’ll want to take the time to learn how the processes work.

Related Article: Coins Pro Trading Basics: What You Should Know Before Buying Cryptocurrencies 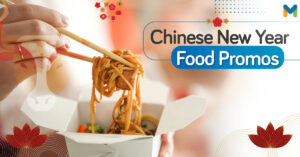 Bayanihan 2 Loan Extension and Grace Period: What Borrowers Should Know
No Income Documents? 3 Credit Card Alternatives to Consider
4 Signs You Need a Personal Loan in 2021
12 Best Sedans in the Philippines for 2021