What to Do If Your Car Gets Flooded: Check for These Common Problems 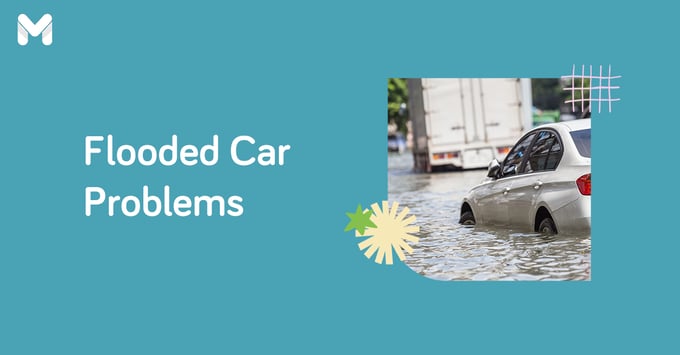 The rainy season is here again. Along with it comes one of the car owner's worst enemies: flooding. With flash floods that immediately follow heavy rainfall, even pick-ups and SUVs are not spared from flooded car problems.

Be prepared for any disaster like flooding. If you live in one of the flood-prone areas in the Philippines, it’s best to move and park your vehicle on higher ground. However, there’s still a chance that floodwater may get inside your vehicle.

Keep on reading to know the common problems with flooded cars and what to do when your car is flooded.

7 Common Problems with Flooded Cars: What Happens to a Car After a Downpour

Whether you're reviving a flooded car or buying a used one, here are the tell-tale signs of flooded vehicle problems you must be aware of.

1. Malfunctions in the Electronics and Electrical System 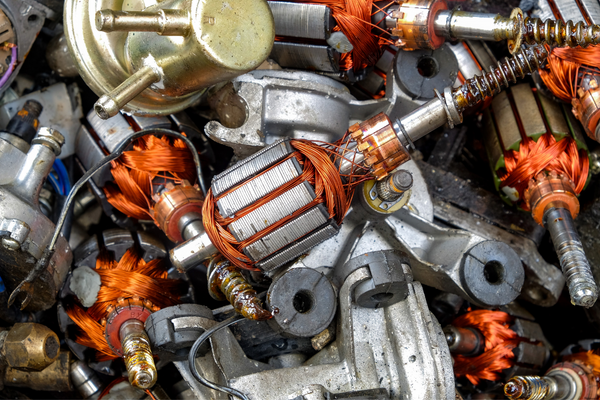 The electronics and electrical parts always sustain the most serious car damage due to flooding. Moisture can cause a short circuit in the electrical system, resulting in malfunction of its critical components, including the following:

Before turning these electrical parts on for inspection, make sure that the engine is safe to start. All the plugs, switches, and relays must be dried out.

If you notice anything wrong with how a certain component works, that's a clear sign of electrical trouble. Also, if the ECU got soaked, have your flooded car checked immediately for electrical issues at the repair shop.

2. Mechanical Damage to the Engine

The engine is another critical part of your car that needs utmost attention after flooding. When floodwater reaches engine parts like the air intake and cylinders, the piston will try to compress it. Since water doesn't compress, it can break the piston rods and lead to engine stalling.

To find out if floodwater has entered the engine, check the oil dipstick for water droplets and oil that looks milky.

3. Mold and Mildew in the Interior

Apart from causing flooded car problems, flooding also poses health issues to drivers and passengers. Submerged in floodwater, a car's interior may quickly develop mold and mildew that can cause respiratory diseases such as asthma and allergies.

A strong musty odor means mold is present in a car. It's one of the common problems with flooded cars that require some effort to fix.

Remove and check these parts in your flooded car:

Some of the wet parts, such as the carpets, door panels, and seats, can be replaced. You can put towels on the floor and seats to soak up water. Don't let water sit in your car for too long.

4. Mud and Debris in Hard-to-Clean Areas

Floodwater may leave mud and debris on areas of your car that aren't easily obvious. Check the hard-to-clean places where mud or debris could be lodged. These include the engine compartment, wheels, brakes, underbody, and gaps under the hood and between panels in the trunk.

Found a lot of mud and debris in your car? Have it detailed to ensure that even the hard-to-reach areas are all clean. 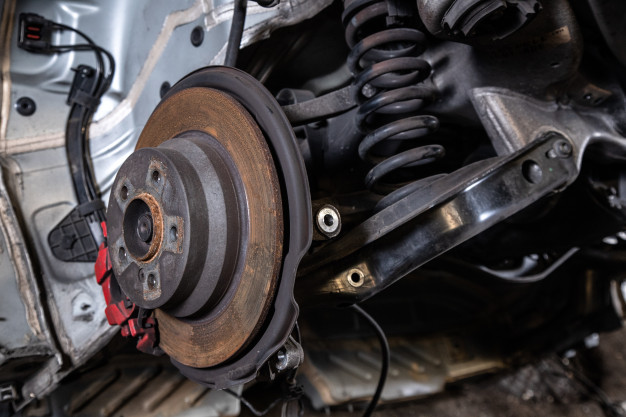 Rust takes months or years to form on the various parts of a flooded car. One of the most common problems with flooded cars, it can weaken your car's structure and affect functions like braking and shifting gears. At the first signs of rusting after your car has been flooded, work immediately to remove rust from your vehicle[1] before it spreads out.

Inspect these rust-prone areas in your car:

After being immersed in floodwater, brakes tend to lose grip because of the loss of contact between the brake pads and the wet brake rotors. Step on the brake pedal repeatedly before you drive on. If it feels slippery, have a mechanic inspect your car brakes.

Water in the transmission, brake fluid, power steering, and coolant reservoirs can spell trouble for your car's performance. These parts will get damaged due to corrosion and lack of lubrication. For instance, when floodwater is mixed with fuel, fuel injectors, spark plugs, and the engine will be seriously damaged.

So check your car's fluids in the fuel filter and tank, as well as the power steering, coolant, clutch, and brake fluid reservoirs for floodwater contamination. 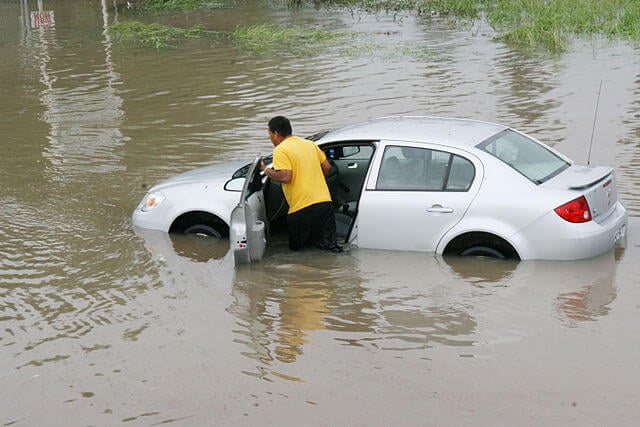 Floodwater causes a lot of car problems that show up long after the vehicle has been submerged. It can ruin a vehicle's electrical systems, mechanical systems, and lubricants.

A flooded car is costly to repair, so never risk it—avoid passing through a flooded area. Wait for the floodwater to subside before driving on.

But sometimes, cars still get flooded while they're stuck in traffic or parked in flood-prone areas. When that happens to your ride, inspect it afterward to spot any car damage due to flooding and make it roadworthy again.

Here are some tips on what to do if a car gets flooded.

You can use a vacuum to dry off the moisture from your vehicle. Towels and fans can also help dry your car’s soaked seats and cushions. Once your flooded vehicle is dry, get it to higher ground. This will make it easier for you to check for any common problems with flooded cars.

If you have a flooded car, the last thing you want to do is get its engine running as this may destroy its mechanical and electrical systems. Also, don't forget to disconnect the battery to protect you from electric shock. 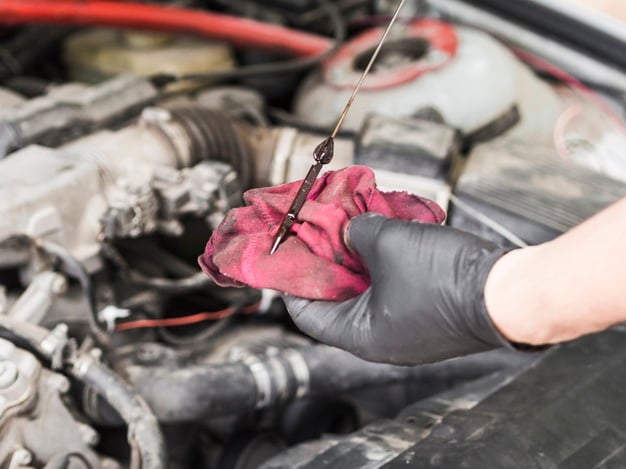 Get a stick long enough for you to check the level of the oil. If there are water droplets on the stick, it means there’s water inside the engine. When this happens, do not start your car—oil and water will mix if you do. Look into the fuel system and drain off some gas from your flooded car. If there is water in the gas, flush your fuel system.

The most you can do to check your vehicle's electrical system is see if their placements are below or over the flood level. If below, you need to replace the system. Also check if water seeps through your flooded car’s coolant reservoirs, brake, clutch, and power steering.

5. Seek Help from a Qualified Mechanic

If your car was severely damaged by a flood, call a mechanic to further inspect the damage. Checking and repairing your flooded car on your own may lead to bigger issues. Leave it to the pros; they know what they’re doing. 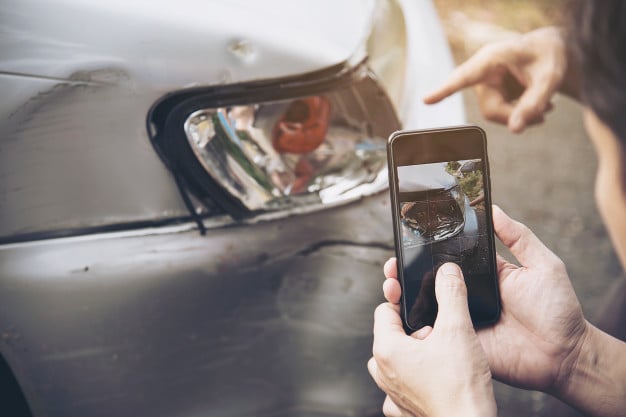 If you have comprehensive car insurance, document your flooded car by taking notes of the damage and photos for reference. Send them to your insurance provider for claim purposes. They may cover parts or the entire repair cost under the Acts of Nature coverage.

A car's value depreciates by 10% per year. If your flooded car has been repaired, its value will go down to about 20% per year, depending on the extent of the damage.

Auto dealers in the Philippines usually have a trade-in program that allows people to sell their flooded cars, which the dealers will then restore and resell as pre-owned cars.

An Acts of Nature or Acts of God coverage is extremely important for car owners in the Philippines. When your ride gets flooded, you can file a claim for repair or replacement.

Talk to your insurance provider to know what kinds of repairs are included in your vehicle insurance plan. Does it include the replacement of fluids and electrical parts or cleaning of the interiors?

If your car insurance covers repairs for a flooded car, file your claim as early as possible.

Considering switching to another car insurance company? We've made the legwork a lot easier for you. Here are the top providers in the Philippines and the coverage they offer.

Source: [1] How to Prevent and Remove Rust on Your Car Like a Pro (Wojdyla and Schrader, Popular Mechanics, 2020) 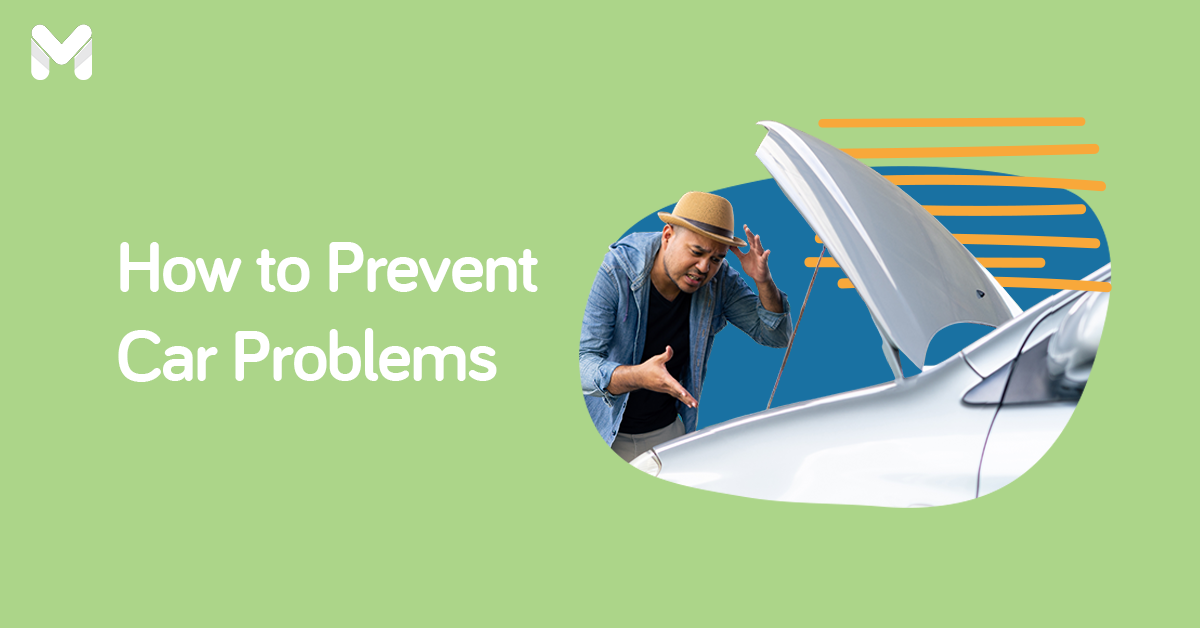 What’s Wrong with Your Car? 10 Car Problems to Look Out For

Save 50% on your car maintenance with Rapide Baesa Town Center 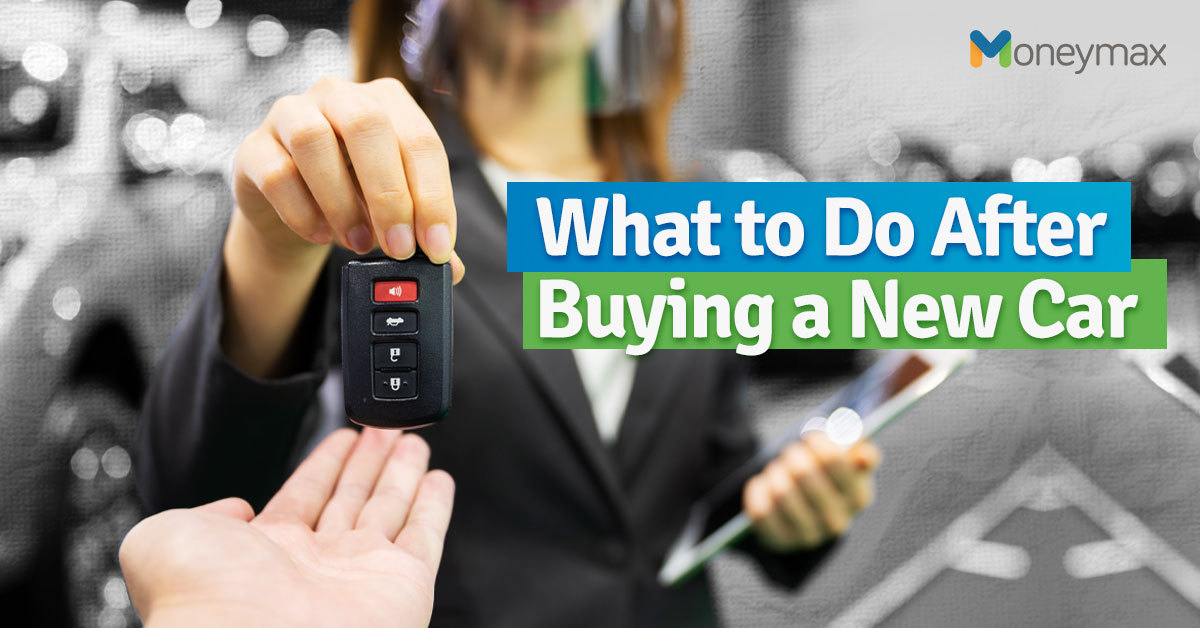 Got a New Car? Here’s What You Should Before Hitting the Road