Commuting in the Metro? Here’s Your MRT Station List in Order 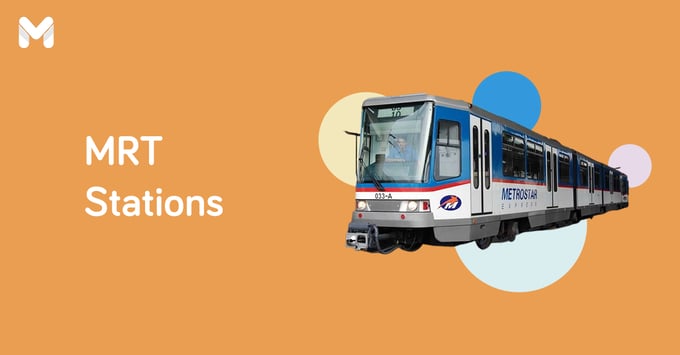 Whether you’re new to Metro Manila or you’re a city denizen through and through, three letters can help you get around the capital region: MRT. While far from perfect, this train system is the go-to mode of transportation for more than 300,000 commuters daily.[1] It’s cramped, but you get to bypass the hellish and unbearable traffic of the metro.

If you’re an MRT rookie, getting to know the train system will help you use it properly and easily. This guide covers the MRT station list in order and offers a few tips to make your commute as smooth, safe, and comfortable as possible. Expats and city dwellers not familiar with the MRT are welcome here.

For clarity’s sake, the MRT in this article refers to the MRT Line 3 (MRT-3), which is the only MRT line operating as of now.

What is the Difference Between MRT and LRT?

The MRT or the Metro Rail Transit and the LRT or the Light Rail Transit are both mass transportation systems serving the National Capital Region (NCR). However, there are some differences between the two.

First is the organizations running them. The MRT, also known as the Yellow Line, is operated by the Metro Rail Transit Corporation (MRTC), which is composed of various private companies. The said corporation is supervised by the Department of Transportation (DOTr). The LRT, on the other hand, is purely government-owned since it’s managed by the Light Rail Transit Authority (LRTA), which is under the DOTr.

Second is the route these rail systems take. The MRT runs through EDSA. In fact, it’s technically part of EDSA since it lies in the middle of the road. Meanwhile, the LRT has two lines that serve different sections of the NCR. Line 1 or the Green Line runs from north to south of Metro Manila’s eastern side and vice versa. Line 2 or the Purple Line runs from the western side of Metro Manila to Antipolo in the east and vice versa.

What is the Schedule of the MRT Trains?

The MRT stations operate daily. However, take note of its first and last train schedules. Plan your trips around this timetable:

How Many Trains Does the MRT Have?

After a massive overhaul, the MRT now has 55 trains running on the tracks. This means the MRT-3 can accommodate more passengers and keep delays at bay. Each train car is expected to accommodate up to 394 passengers.[2] 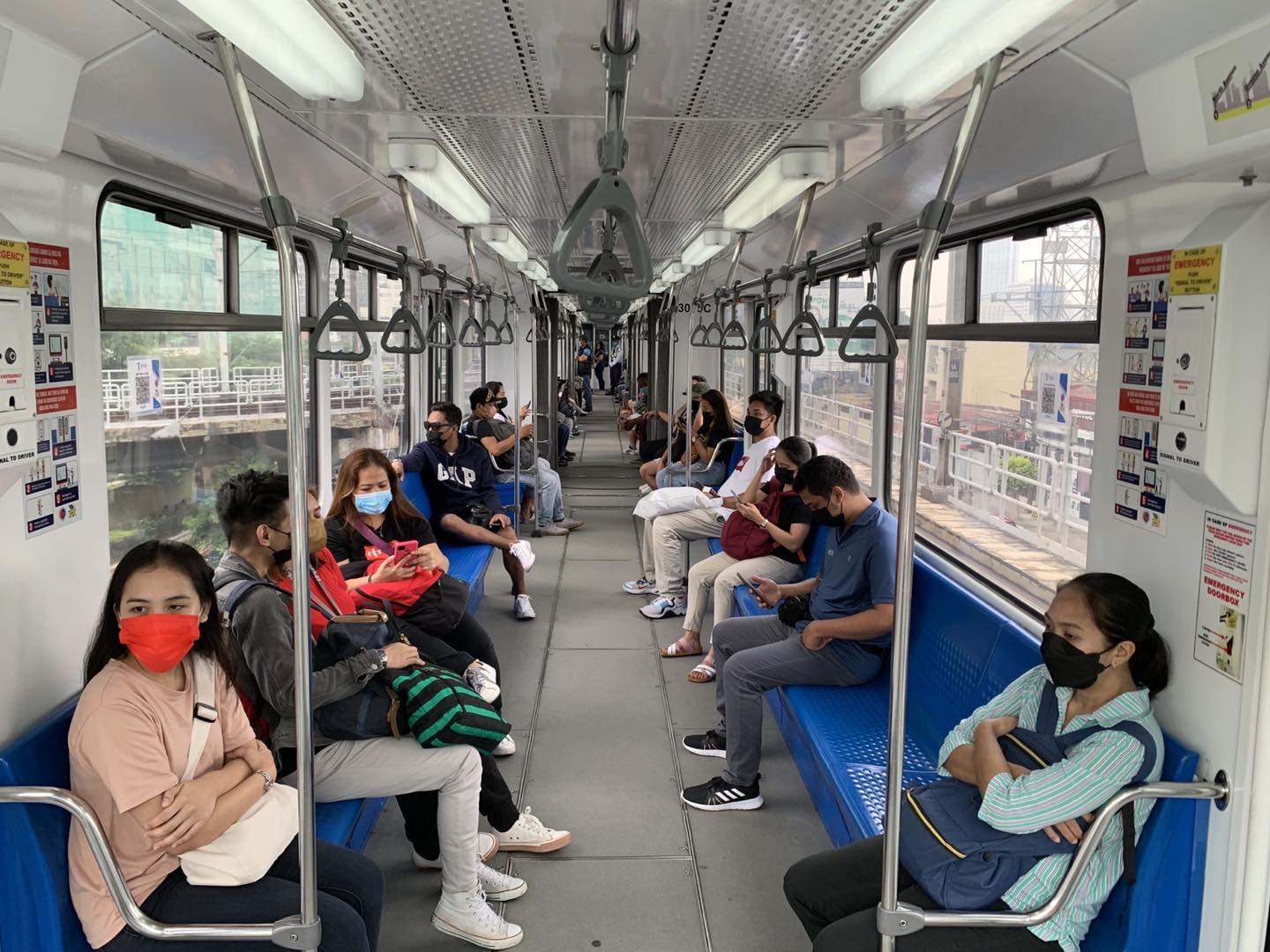 Currently, there are 13 stations situated along EDSA. The MRT passes through the following cities: Pasay, Makati, Mandaluyong, San Juan, and Quezon City. Here is the MRT station list in order to guide you on where to ride or alight based on your destination.

Taft Avenue Station is the only MRT station located in Pasay. It’s the transfer point for commuters riding the LRT 1 to either Baclaran or Roosevelt station. The station is near many provincial bus lines, including Victory Liner, Five Star, and Philtranco, which travel to Pangasinan, Nueva Ecija, and Pampanga, respectively.

If you are from the south of Metro Manila, Magallanes is probably your bus stop before taking the MRT. It’s the station closest to the South Luzon Expressway (SLEX) as well as other major points of the metro, including Chino Roces Avenue and Dasmarinas Village.

Ayala is probably the busiest MRT station. Employees and students regularly descend this station, as it is closest to the Makati Central Business District and Bonifacio Global City. It has an elevated walkway that connects to SM Makati and the rest of Ayala Center.

Read more: Guide to BGC Bus Routes: How to Conveniently Commute to BGC

Also known as Gil Puyat station, Buendia station is one of the two underground stations (the other being Ayala) of the MRT line. Employees and students headed to Makati CBD can also drop off here.

Guadalupe station serves as an access point to many landmarks in Metro Manila. You can board a jeepney, bus, or even a ferry going to eastern Makati, Fort Bonifacio, Pateros, and Mandaluyong. It is also close to the ever famous (and ever traffic-plagued) Guadalupe Bridge.

If you are going to Mandaluyong, specifically in Pioneer, get off Boni Station. Like Ayala station, Boni is a popular drop-off for students and condominium owners as it is close to Rizal Technological University and SM Light Residences.

Like Boni station, Shaw Boulevard station also serves the Mandaluyong area. Considered a central terminal, it’s the only MRT station with two tracks. Commuters headed to Ortigas Center and Greenfield District should drop off this line. 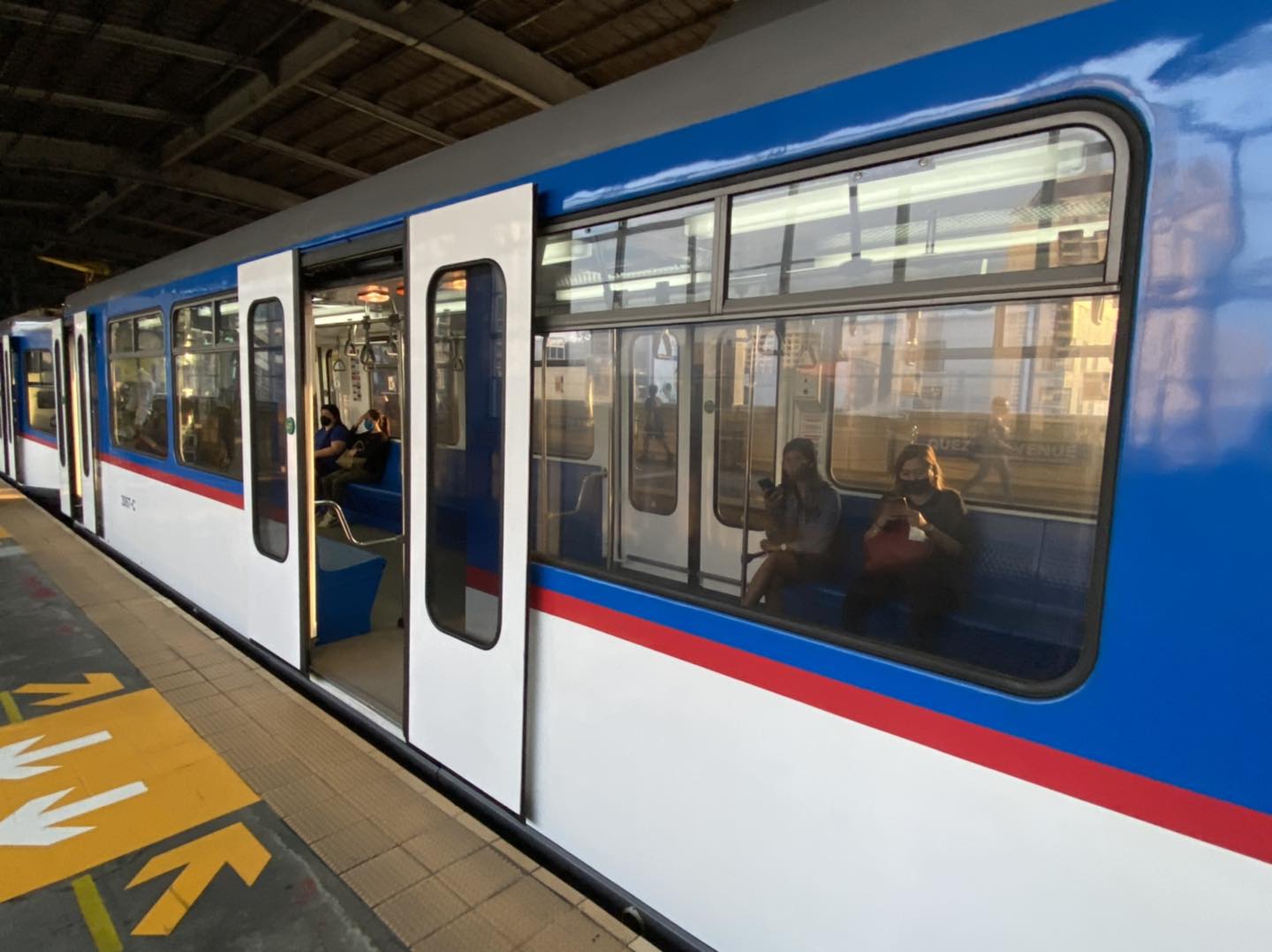 Ortigas station serves most of the Ortigas Business District. It is the last MRT station in Mandaluyong when coming from the south.

Located between Annapolis Street and Santolan Road (thus the name), the Santolan-Annapolis station is popular as a landmark for the Philippine National Police Headquarters. It is also close to Katipunan and Eastwood City.

Araneta Center-Cubao holds second place when it comes to the busiest MRT station.  Apart from being a transfer point for commuters taking the LRT-2, the station also serves as a stop for provincial buses coming from the north.

Another populous MRT station is the Quezon Avenue terminal. Students frequent this station as it is closest to the University of the Philippines-Diliman.

North Avenue station is the MRT’s last station. Also called “North” by regular passengers, the station links to TriNoma, one of the largest malls in Quezon City. Individuals who live near Valenzuela and Bulacan also head to this terminal.

What About the MRT-7?

Now that you know the existing MRT station list in order, you may be wondering about the MRT Line 7. In case you haven’t heard of it, the MRT-7 is a train line that runs from northeast to southeast and vice versa. To give you a picture of the route, its terminuses are located in San Juan del Monte, Bulacan and Quezon City’s North Avenue.

The MRT-7 is currently under construction. Once completed, it will have a 22-kilometer railway with 14 stations. It also has a total of 108 cars. This San Miguel Corporation (SMC)-backed train line is expected to become fully operational by 2024-2025.

A Beginner’s Guide to Riding the MRT

First time riding the MRT? Other than memorizing the MRT station list in order, you need to know the entire commute process. Here’s an MRT guide for you:

How to Buy a Ticket at the MRT Station Ticket Booth

Riding the MRT: 6 Tips for Commuters 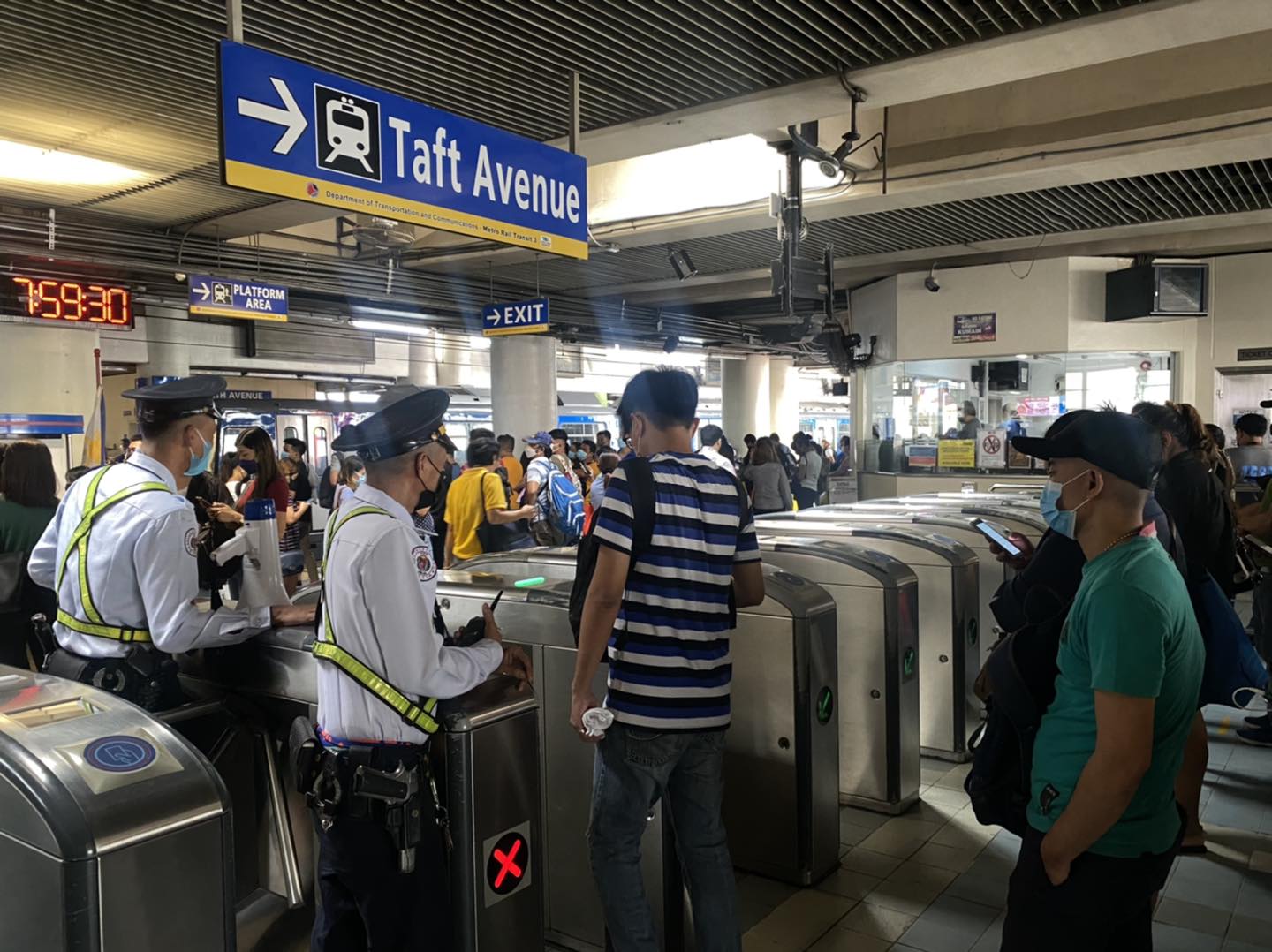 Make your MRT commute smooth, safe, and comfortable with the following tips:

Will the MRT be part of your daily routine? If yes, it’s wise to get a beepTM card. With this stored-value card, you can do away with the hassle of lining up at the ticket booth.

The MRT is notorious for its packed cars. Even if the train provides air conditioning, it may still feel hot and humid at times. As such, wear light and comfortable clothing.

Usually, rush hour starts at 4 p.m. It gets worse between 5 p.m. and 8 p.m. If you happen to be located between two MRT stations, choose the less crowded one. Keep in mind that Ayala and Cubao are the most packed MRT stations during rush hour. Magallanes, Buendia, and GMA-Kamuning are usually less crowded.

This should go without saying. Memorizing the MRT station list in order helps you plan your trips, so you can reach your destination faster. Also, knowing which next station comes next will help you get ready before alighting.

5. Keep an Eye on Your Belongings

You can do this by putting your bag in front of you whether you’re lining up for a ticket or riding the train. Use a small pouch where you can store loose change and beepTM card. Keep this pouch in your shirt pocket if possible.

Survival may be the name of the game when riding the MRT, but that’s not an excuse to be inconsiderate. Always follow the rules. Avoid cutting the line or entering the train when exiting passengers haven’t alighted yet.

The MRT is flawed, but you can always rely on it to take you where you need to go. Inside it, you’re safe from the chaos of city traffic. Memorize the MRT station list in order, so you can easily get around the city. If you have some concerns, don’t hesitate to ask the security guard at the station. They’re usually approachable and helpful.