Killer Highways: 10 Most Accident Prone Roads in the Philippines These days, you might be hard-pressed to think about the danger of driving in the Philippines, mostly because the traffic in Metro Manila has gotten to the point where main roads are congested even in the wee hours.

Still, certain roads out there require extra care when navigating through them. Some of these roads are notorious for having high incidences of vehicular collision and fatalities. These roads can be considered some of the most accident prone roads in the Philippines. 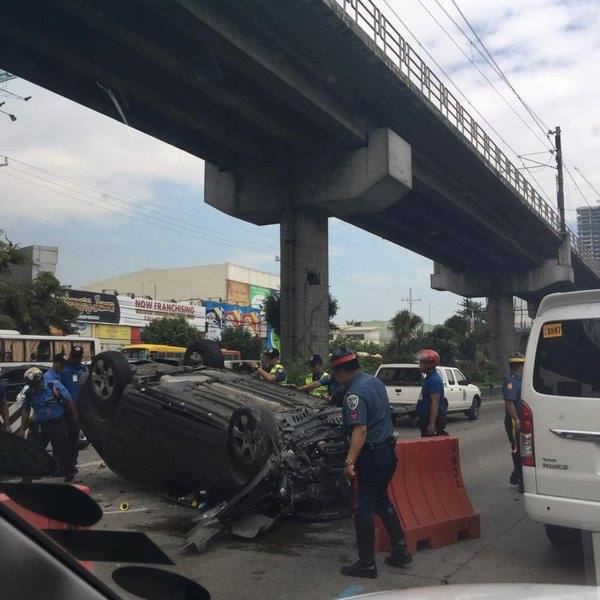 In 2018, EDSA recorded the highest number of accidents—a whopping 17,276 (around 47 incidents per day)—that resulted in damage to property, injuries, and fatalities, based on the MMDA’s Metro Manila Accident Reporting and Analysis System[1].

As the longest and busiest thoroughfare in the metro, Epifanio Delos Santos Avenue (EDSA) is where a high volume of cars passes through, increasing the odds of a collision. Fun fact: the number of accidents on this road reached such a high that MMDA officials had it blessed in 2012, following a bus crash on the EDSA Ortigas flyover.

According to the MMDA, most deadly road accidents on EDSA usually occurred before dawn when the road is less congested. Jaywalkers and overspeeding motorists ignore road signs and break traffic rules.

Read more: 9 Driving Mistakes That are Most Likely to Kill You

The MMDA’s latest road safety findings reveal the most dangerous parts of EDSA. Be very careful when traversing these accident prone roads to avoid meeting an accident:

Circumferential Road 5 (C-5) tops the MMDA’s list of major Metro Manila roads with the highest recorded deaths due to road crashes in 2018. It’s second to EDSA in terms of total road accidents (including damage to property and injuries).

Like EDSA, accidents happen along C-5 in the wee hours when drivers of cars and trucks usually go past the speed limits.

According to the MMDA road safety report, these are the parts of C-5 where accidents mostly happened in 2018: Dubbed the “killer highway” of Metro Manila, Commonwealth Avenue is one of the most accident prone roads in the Philippines. It’s also often jokingly called “The Wall,” in reference to the TV series “Game of Thrones” because of its remote location, leading to the northern parts of Quezon City.

Given the massive size of this 18-lane, 12.4-km. road, collisions happen because of jaywalkers and reckless, overspeeding bus drivers. The lack of road signs and designated lanes for motorcycles and bicycles increases the likelihood of accidents.

While lower incidences of collisions leading to deaths have happened in the past few years (thanks to the MRT-7 construction that has narrowed the lanes), Commonwealth Ave. still requires a certain amount of caution to travel through, instead of a leadfoot.

Most accidents on Commonwealth Ave. happened at the following locations:

Keep an eye out for risks like stubborn pedestrians and reckless drivers when passing through one these areas.

One of the accident prone roads in Metro Manila, Quirino Highway sees a large concentration of vehicles on a daily basis, given that it’s one of the access roads that lead out of Quezon City, cutting through Novaliches, parts of Bulacan, and the North Luzon Expressway Interchange. Most accidents along Quirino Highway were caused by drunk driving and overspeeding.

As an access road out of Las Piñas and to the southern areas of Metro Manila, Alabang-Zapote Road gets clogged up by people heading to and from the metro.

While accidents on this road are fewer than other roads in Metro Manila, that doesn’t mean they don’t happen. With clogged roads, tailgating can cause minor fender benders and high odds of motorists giving in to road rage. 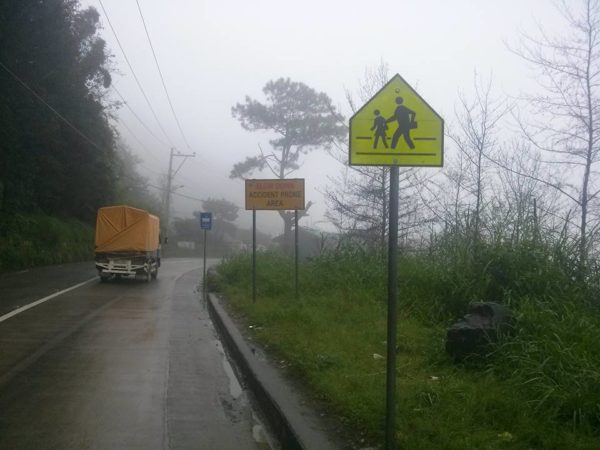 Halsema Highway (also called Baguio-Bontoc Road or Mountain Trail) is the only link between Baguio and the most remote areas of the Cordilleras.

A long and winding road beside the mountains, it’s also the highest altitude highway in the Philippines. As beautiful as it is, Hanselma Highway was also widely considered to be the deadliest road in the country prior to being paved in 2011.

In spite of that, there’s still a chance of landslides and treacherous terrain when traveling along this road. Huge stones and debris may fall from the peaks, and fog can impair visibility. These road conditions make driving along Halsema Highway very challenging, especially at nighttime, so take note of accident prone roads like this one. 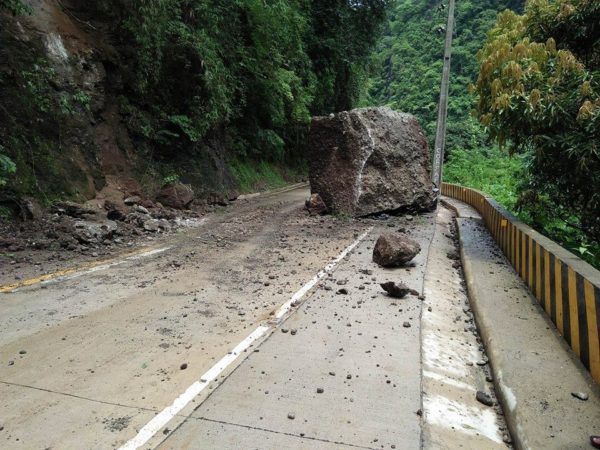 The historic Kennon Road is the shortest route to Baguio City from Manila. Considered one of the Philippines’ most accident prone roads, this road is particularly dangerous during the typhoon season when landslides occur. Since 2014, it has recorded two to five deaths per year. From February to May 2019 alone, around 1,000 accidents have already happened on Kennon Road.

If you’ll go to Baguio, an alternate route you can take is either the Asin-Nangalisan-San Pascual – Rizal-Anduyan Road or Marcos Highway. 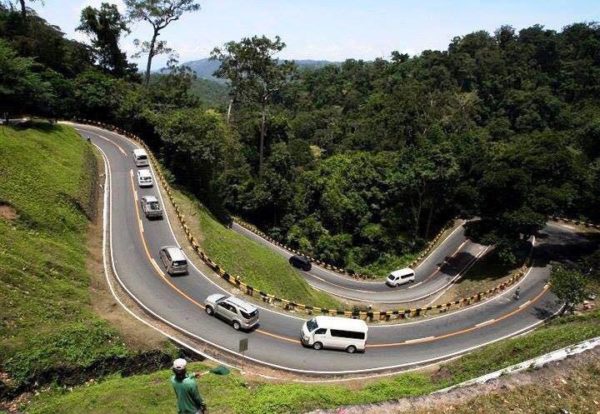 If you often hear news about accidents involving large trucks and provincial buses in Atimonan, Quezon, chances are high that they happened on the Old Zigzag Road. Also known as Eme Road, it connects the towns of Atimonan and Pagbilao in Quezon province.

This scenic yet deadly road is nicknamed “Bitukang Manok,” as its twists and turns resemble chicken intestines. There’s an accident prone area on Zigzag Road that the locals call siko, which is bent like an elbow. A single mistake while driving there can cost motorists their life.

Authorities now discourage buses and trucks from passing through Old Zigzag Road. Instead, they can take the Maharlika Highway diversion road that connects Metro Manila and Bicol. 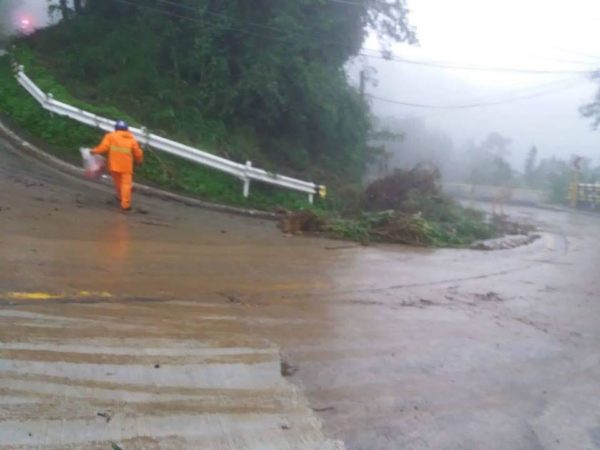 The Tagaytay-Talisay Road is a mountain highway connecting Tagaytay City in Cavite and the town of Talisay in Batangas. It offers a picturesque view and an adrenaline rush for adventurous drivers. However, traversing this complicated and dangerous road isn’t for the faint of heart. The small, narrow road has some hairpin turns and steep areas that are difficult to navigate, especially for inexperienced drivers.

Sampaloc Road, dubbed Magnetic Hill by locals, is infamous for a bus crash in 2017 that claimed the lives of 15 passengers, mostly college students on their way to a field trip. There had been other collisions on the road that involved vans and trucks.

Driving along this hazardous road in Tanay, Rizal feels like going against gravity. An official of Tanay’s Disaster Risk Reduction and Management Office couldn’t have described it better: “When you’re ascending, it seems like your vehicle is being prevented from going upward. When you’re descending, it’s like you’re being pushed further downward.”

Aside from the difficult terrain, the road also has very sharp curves that lead to blind spots. It also lacks protective barriers and proper road signs.

In most collisions, drivers are either unfamiliar with the terrain or drunk.

You cannot predict road accidents. You hear about them in the news all the time, and the MMDA is doing what it can to help mitigate these incidents, like deploying paramedics at most major roads in case of an accident.

Still, it pays to check your car and yourself before traveling, drive as carefully as you can, and pay attention to what you’re doing on the road. Also take note of these accident prone roads for a smoother and safer trip.