Philippine Typhoon Names: How Does PAGASA Come Up with Them? 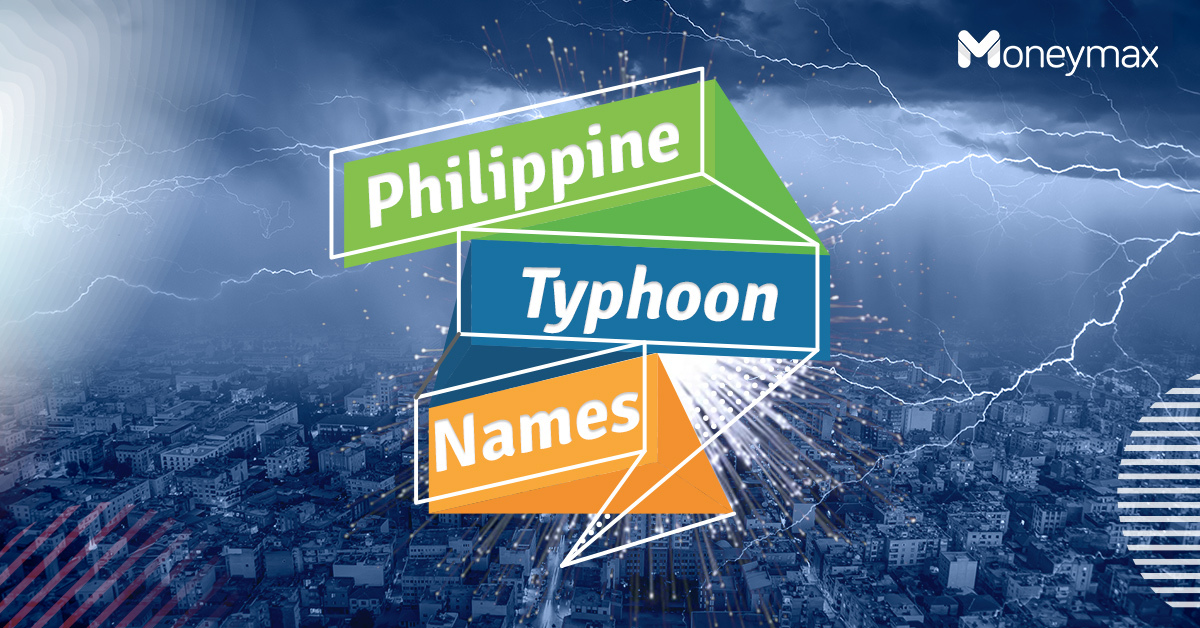 Every typhoon season, Filipinos will glue themselves in front of their TV sets and scour all social media for updates on #WalangPasok announcements. Concerned about safety, you also monitor the news for weather and flooding updates in your area when a storm batters the country.

But have you ever been curious about how typhoons in the Philippines are named? How does the Philippine Atmospheric Geophysical and Astronomical Services Administration (PAGASA) come up with typhoon names like Bruno, Jolina, and Queenie?

Naming storms may sound like a trivial idea, but there’s more to typhoon names than meets the eye. PAGASA has been giving local names to storms that enter the Philippine Area of Responsibility (PAR) since 1963.

It wasn’t until 1998 when the public was involved in naming typhoons in the Philippines. That year, PAGASA held a “Name A Bagyo” contest that had Filipinos send their proposed local names for typhoons. From the nominations, a committee chose 140 Philippine typhoon names.

PAGASA’s System for Naming Typhoons in the Philippines

PAGASA’s list is a mix of male and female names, as well as gender-neutral names like Kabayan, Quinta, and Zigzag.

On average, 20 typhoons hit the Philippines every year[2]. So each set of 25 typhoon names is enough for one year.

Names of Typhoons in the Philippines 2020

The following set of names will be used for all typhoons coming in 2020.

The state weather bureau assigns each Philippine typhoon name in alphabetical order to determine the number of typhoons that have entered PAR every year. The first typhoon to enter in any year starts with A, the second one starting with B, and so on.

In case they used all the 25 typhoon names within the year and another storm will enter the country, PAGASA will use the auxiliary set of names.

Read more: Typhoon in the Philippines: Tips and Reminders to Keep Your Family Safe The aftermath of Super Typhoon Yolanda in the Philippines. Photo by Matthew Herradura via Flickr, Creative Commons

PAGASA removes a name from its list if the storm has caused at least 300 deaths or PHP 1 billion worth of agricultural and infrastructural damage. According to PAGASA, this practice will keep trauma away from haunting survivors who lost their families and properties to the typhoons.

PAGASA also drops Philippine typhoon names that sound like the those of prominent figures to prevent public ridicule. In 2015, for instance, the weather bureau changed Nonoy to Nona because it resembled the nickname of then President Benigno Aquino III. Likewise, PAGASA replaced Gloria with Glenda during former President Gloria Macapagal Arroyo’s term. Before it gets inside the PAR, a tropical cyclone already has an international name from the World Meteorological Organization. Why does PAGASA still have to give a local name to the cyclone once it enters the Philippines?

The weather bureau assigns familiar yet distinctive Filipino names to typhoons for an effective recall among the public, especially in the provinces.

“We need to change the international names of these cyclones, so it will be easier for our countrymen to remember them,” said PAGASA Chief Information Officer Venus Valdemoro in an interview with Yahoo! Southeast Asia[3].

Practically speaking, having local typhoon names also lessens confusion. Imagine how complicated it would be had PAGASA chose numbers instead of names to identify storms. Weather reports would then sound like, “The incoming Typhoon 2018-12 will be stronger than the previous Typhoon 2018-11…”

Assigning an easy-to-recall name to a typhoon helps draw public attention to its disastrous effects. It also highlights the fact that a storm within the PAR is a threat to the country.

It’s typhoon season once again. Are you prepared for disasters? By now, you must have an emergency plan that your family will use during a calamity. Have you also prepared an emergency kit that you’ll use when there’s a flood or power outage?

If you own a vehicle, you know how much difficult it is to have your ride damaged by flooding. Check your car insurance policy if it has enough Acts of Nature or Acts of God coverage. This will definitely help you with repairs for your car in the event of a flash flood.

Another week, another edition of Moneymax Reviews! Let’s leave the budget-friendly credit cards and head…

Where to Buy Face Masks and Face Shields in the Philippines

Face masks and face shields are now part of our daily essentials. Whether you’re out for…